Meeting Meb - The Day I Met the King of American Marathoning

Because I live in DC and have my pulse on the major running events, I tend to have a good sense of what big races are happening each weekend, and last weekend was the Cherry Blossom Ten Miler. I’ve run it three times, and it is the premier “rite of spring” race in the city, doubling as the USATF (the official running organization), so top runners who often go on to become great marathoners, come to town, and the expo also tends to feature some of the greats, like Billy Rodgers and Joan Benoit Samuelson.
So, I was beyond thrilled to hear that Meb Keflezghi, one of the greatest American marathoners, was coming to town and speaking. Because they were open to the public (and not just registrants), I seized the opportunity to go and hear him talk.
There are so many reasons to love Meb. He represents the immigrant/American dream. He shows time and time again what it means to work hard, day in and day out. I loved his book, Race to Overcome, and his story really is a series of chapters when he overcomes the odds, and works to achieve seemingly insurmountable goals.
While his times are “soft” in comparison to national and world records in the marathon, Meb remains one of the greatest marathoners. He is the only person (not only American, only person) to win an Olympic marathon medal, the New York City Marathon, and the Boston Marathon. Some would wear this Triple Crown with arrogance, and well-deserved haughtiness. After all, running over 100 miles a week for two decades, sacrificing so much, to achieve those highest accolades in competitive running, would entitle someone to such arrogance. But Meb is the people’s champion again and again.
When Meb won the Boston Marathon in 2014, the first American to do so in almost 30 years, and a year after the horrific bombing, he did so while wearing the names of the victims. For him, this was not just a symbolic gesture. It was clear that he carried them in his heart while he trained day in and day out.
I realized afterwards that I’ve now met all four living American Olympic marathon medalists, all of whom represent greatness in their own ways. 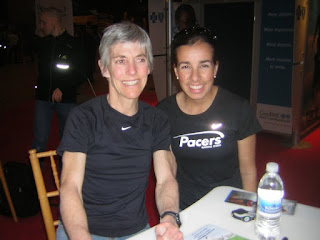 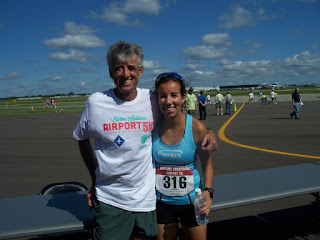 Then I met the two 2004 Athens Olympic medalists, who really did revitalize American running. I can’t say that first-hand (I had just graduated high school the summer of 2004 and was too busy getting ready for college to even grapple with the idea of the marathon). 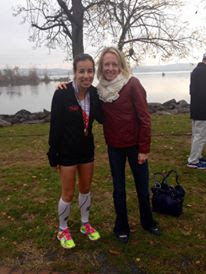 But once I was introduced to Deena Kastor as the face of American distance running, has been a role model and hero for me, and meeting her in 2013 was a game changer.
And finally, I got to meet the king of American marathoning, and when you meet the King, you dress for royalty.

Dear Meb, it was a pleasure meeting you.
As evident in the post race press conference after you punched your ticket to Rio, it's clear that it's not just us average runners who adore you, but your fellow Olympians do too.
You have showed Americans time and time again that there is hope after heartbreak, but those feelings of hope and optimism also come from hard work and a #RunToWin attitude. 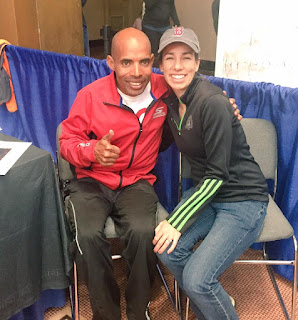 Family life: as an immigrant family who left war-torn Eritrea in search of a better life and took to it diligently. Your father patiently taught you and your siblings English and you all got quality educations. You are raising daughters and modeling for them a hard working spirit and attitude, something that gives me hope for the next generation.
Really, I got about two minutes with you. But what you represent and stand for is bigger than that, and I think that’s why it was important for me to meet you in person, and to thank you for what he has done for our sport and to revitalize the American spirit after Boston.


There is a reason why athletes can be role models. And many succumb under the pressure of the spotlight. But those like Meb, who carry the mantle of responsibility seriously and with pride, you give those of us who run behind you a lot of ideals to chase. Thank you.
A big fan, Vanessa
Posted by Medievalist at 10:39 AM No comments: