What happened to the mega mileage?

It is generally a sign that things are a little rocky if I stop blogging.  And if you've been following things since Thanksgiving, you can do the math and figure this out.
In November, I started off on a mega-mileage cycle.  In 4 weeks I ran 67, 58, 70, and 42 miles.  I was feeling great.  I couldn't believe how much running I was doing, but I was absolutely loving it and felt ready to take on another month of it. Then I started the second cycle: 68, 61 miles.  And then I could tell at the end of week 6 that things were a bit rocky.  My legs ached doing the double runs, but that was normal, right? And my pace had slowed down on the runs, but that was normal too. But by New Year's Eve, my last run of 6.1 miles took nearly an hour.  New Year's Day, I trotted it out for 3.4, and then took a few days off.  Still wasn't convinced though, and was pretty bummed.  Instead of a week where I would go sky-high in the mileage, and hit a new PR of 75 miles, I scraped by with 30. It wasn't quite knee pain, but the knee was definitely sore and I couldn't ignore that. I e-mailed Sarah and asked for some unscheduled running time - no plan, no schedule. The following week, I started to add in those old ITB exercises.
Say what? If you didn't know me then, you'll know now that in Winter 2010-2011 I developed ITBS on the cusp of training for Boston 2011. Thanks to my mom pushing me into physical therapy, I got a set of awesome exercises that strengthened my leg to a 3:27 PR. I used to do those twice a day, but after the marathon, I would only do them sporadically.  But now, I am back into the groove of doing them.  It also helped that two weekends ago, I spent the weekend in Providence with my best friend, Kathleen.  She was my first running buddy in high school, and used to kick my butt on 3 mile runs.  I remember asking for walk breaks or to slow down. Anyways, we had a wonderful weekend together, including a couple of nice 3 mile runs through Providence. It did the body good too. Time together with the important people can just work wonders. Only ran 18 miles for the week, but I did not care.
The semester started last week, and I returned to running 4 days a week, with 3 days of cross-training. 6 on Tuesday, 7 on Thursday, 7.3 on Saturday. My legs weren't complaining anymore, so I opted to try a longer run on Sunday. I ended up covering 11.5 miles in 90 minutes, and I felt like I was in such a good rhythm.  Everything just flowed - I didn't feel tired, my knee didn't hurt, and I felt great.
And with that, I solidified my race schedule for the spring, and commenced a training cycle. 4 days of running, with 3 days of cross-training. My rust-buster 5k is less than 3 weeks away, and then after that I'll have 4 weeks before my next race. The Cherry Blossom 10 Miler will be my big race on April 7th.
It's hard to admit one's limits. Bodies can only take so much.  For some, that's 30 miles a week.  Or 100. Or if you're Deena Kastor back in her Olympian days, 140. I learned that I cannot reasonably run 65+ miles a week for more than a couple of weeks. And that's okay.  Sure, I'd love to be like some of you and crank out 5 weeks of 70 mpw, but that's not me. The mega mileage was a great experiment, but it also taught me a great lesson too.
We each have our own unique system and set of capabilities. Learning about what works for each of us is all part of the adventure on the open road.
Posted by Medievalist at 7:26 AM No comments:

Last night I started watching the Lance Armstrong/Oprah interview, and frankly, I wanted to kick him in the pants.  USADA called it the most sophisticated doping program, and I believe it.  Because frankly, America watched in amazement as this cancer-comeback kid grabbed title after title in the Tour de France.  We poured money into LiveStrong bracelets and supported the charity that he was the face of.  Livestrong is an incredible charity, and played an important role in my grandpa's life.  So I can't rip him entirely apart, because he did a lot for the fight against cancer.  But.
I am looking at a liar, a manipulator, a bully, and a cheat.  Thirty minutes in, I had seen enough.  He can explain away everything, and say that his cancer provided him with justification to do anything to win, but no.  He lied, he cycled across the finish line of some of the biggest competitions in the world knowing that it was through blood doping and EPO that fueled his victory.  And so I'm done reading all about his plan, his rise to fame, and all of the garbage now.
Cheaters never win.  Lauren Fleshman had a great post about it.  99% of the athletes are not doping.  It dirties the sport and threatens to take away the purity of our beloved sport.
So, a big role model bit the dust.  But, there are still so many to go around.  Deena Kastor, Meb Keflezighi, and Shalane Flanagan are all American Olympic medalists and they didn't lead a covert operation to switch out their blood in order to do so.
Our world keeps getting a little darker as stories like this.  But it's those who keep winning and fighting in the face of all of that take away the tarnish and put back a hint of a shimmer.
Posted by Medievalist at 7:39 AM No comments:

A year in review:
Oh two-thousand-twelve
So many details to delve
Into, the running
the racing felt stunning.

Aimed for shorter distances instead
Found there was nothing to dread.
There was no 26.2
And I found I didn't say "boo hoo"
A year without a marathon
There were great races I stumbled upon.

Three mythical barriers went crack:
The mile, 5k and 10k took a smack.
16 races were run in all
Some in Rochester, some around the National Mall.

I ran from coast to coast
Doing what I love the most
High mileage and double days
Smiling amidst the Santa Cruz rays.

Began life as a professor
Kept each student from becoming a transgressor
Worked in California as the Dean
Kept the kids in line without acting too mean.

Met a new man who cheered me on
And became someone who I depended on
Found new joy beyond the run
Grateful for someone to share in the fun.

Oh two thousand twelve
It's time for you to shelve
And wipe the slate clean
In welcoming 2013. 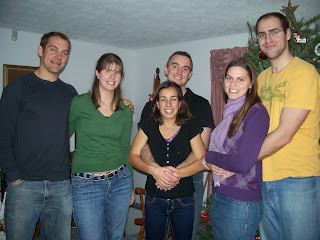 I spent the last few days of 2012 running and visiting with friends and family.  My boyfriend came into town and was able to meet some of my girlfriends from high school (and their husbands and babies -we are all grown up).