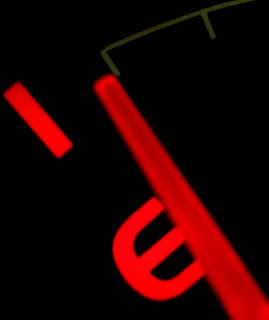 A few months ago, Tera Moody, one of the top American female marathoners, wrote an op-ed piece in the New York Times about insomnia and running performance. She speculated whether it hurt or helped that she is "running on low," given that she runs 100+ miles per week but insufficient sleep. It hurts when the body needs that sleep to recover after such mileage. But isn't the last 10k of the marathon running on low fuel? Is she getting more prep for that final 10k feeling? Because you're running low at that point and need to fight through the waves of exhaustion that happen after running for hours on end.
I don't have an answer, but I do think I understand where she's coming from, to an extent. At least once or twice a month, I have that night (generally before a track workout or long run - when I really need good sleep) that is spent tossing and turning and I'll only get between 2-4 hours of sleep. And whilst I toss and turn, thoughts start to run through my head... Will I hit my splits tomorrow? Will I make it through the final interval? How will I feel in the last 3 miles if I haven't gotten enough sleep? Why didn't I go to bed earlier? Why can't I sleep now?-I really need it! Maybe it won't be so bad, maybe, maybe...
And then the next day rolls around, alarm goes off too soon, and it is time to lace up for the run. Throwing back coffee or tea, hoping that the caffeine will reach my muscles at the key points in the later stages of the run. Hoping that my Kix cereal fuels me for the run. But the questions still continue. One time, I got back from a run that felt a lot harder because of the lack of sleep, and received the following e-mail from Jenny,
You completed your run and that is what is great! The time although important to you is only as important to know that even when you are not at your best you were still able to run. Even when life throws you a curve you are willing to stick to your plan and battle it out. Your rewards were many. You had many milestones today. I hope that you will always feel great when you run; but if you don't , you will push right through it! You can and will.
I try to remember that when I'm starting on "low" - that there are still many victories that you can accomplish. We're at the beginning point of opening our summer camp - which takes up a lot of time. In order to fit the runs in, they often cut into sleep. Last night I got about 5 hours, but ran 14 miles this morning. Slugged through it (with better ease than expected), but surely would feel better now had I rested more the night before.
Ironically, this week is a recovery week in my training:

Not bad, right? Tomorrow 250+ kids come to camp and Monday starts cycle 2 of marathon training. To be continued...

Posted by Medievalist at 2:33 PM